To Make a Family, It is Really Not so Difficult, n'est pas?

Natalie Savage Carlson and The Family Under the Bridge

The sun is blazing, the temperature outside is in the nineties and climbing, and even the most die-hard of sun lovers are waving the white flag skyward in desperation.

Time for a Christmas story!

Not that The Family Under the Bridge, Natalie Savage Carlson's 1959 Newbery Honor Book is, per se, a Christmas story, but the month is December, the setting is Paris, and the time is somewhere in the decade of the 1950s.


Book #39:  The Family Under the Bridge (1958) by Natalie Savage Carlson; illustrated by Garth Williams. 97 pages.

With the return of the cold weather, the old hobo Armand, returns to his winter spot under the bridge tunnel of a branch of the Seine in Paris, only to discover that it's already occupied by the  three young Calcet children, Suzy, Paul, Evelyne, and their little dog, Jojo.

The children's father has died, leaving the family homeless. Determined to keep her family together, their mother, Madame Calcet, leaves her children under the bridge during the day while she works at her job, where she hopes to save enough money to eventually afford a rented room of their own.

Armand wants nothing to do with the children - starlings is what he calls them, and nothing but trouble - but the children see through his feigned gruffness and before you know it, he becomes their unofficial Grandpapa. Madame Calcet is less than thrilled with this development, she is prideful and views Armand as an undesirable, but the children love him.

While the mother is at work, Armand takes the children on walking tours of Paris, including a visit to his friend Father Christmas (a fellow hobo friend temporarily employed) at the upscale department store the Louvre.  When Father Christmas asked them for their Christmas wish, their reply is a real house. When he tells them that he cannot fit a real house on his donkey, the children become despondent.

Armand, alarmed at the children's unhappiness, tries to cheer them up, and they end up singing Christmas carols on the street while Armand passes the hat. Later that night, when the mother discovers that he let the children beg, Armand leaves in anger.

The next morning, worried about the children, he returns to the bridge, only to learn that the children have been spotted by two society ladies who want to "save" them. Armand takes the children to another friend, Mireli, a gypsy who, with her clan, are temporarily camped in a courtyard in the middle of Paris behind a a section of buildings being demolished.

The children and Armand are warmly welcomed, and Armand goes back that evening to get Madame Calcet. Upon arriving at the camp, she is horrified that her children are among gypsies, who she calls thieves and wanderers. Armand admonished her, asking her why she thinks that she is better than the gypsies. Madame replies that she is honest. Armand grants her that, but challenges her as to whether or not she is kinder or more generous. She has no answer.

On Christmas Eve, the family attends a party given by the Notre Dame congregation for the street people, and one of the gypsy men, Nikki, drives them there in his car. Armand has not been to a mass in years, but he finds himself asking God to find  roof for his homeless family.

One day soon after, a policeman comes into the gypsy camp looking for Nikki. The gypsies immediately pack up camp and depart, but they leave a tent and some food for the Calcets. Paul wanted to go with them, and when they are unable to find him afterwards, they fear that he has, in fact, joined the gypsies.

Paul returns a little while later. He hadn't joined the gypsies, he had gone to the Halles, the huge food market, trying to get a job to help his family, but the men had all laughed at him because he was so little. Armand then decides that he will get a job and help the family himself.

The policeman returns, and they discover that he didn't want to arrest Nikki, but instead, return his stolen wallet with his weekly wages and a winning lottery ticket inside. Armand tells the policeman that he's gone, and the policeman leaves with the wallet.

A newly spruced up and trimmed Armand then finds a job that, in addition to a salary, provides a four room house for the family to live. He wasn't a hobo anymore. He was a workingman of Paris.


The Family Under the Bridge at Amazon.com


Carlson's writing style is wonderful. With a few lines of dialogue and just the right amount of description, she creates believable characters and realistic settings. Her descriptions of the streets, shops and marketplaces of Paris immediately draw in the reader, and she smoothly integrates several historical points in along the way.

The difficulties with this book for the modern reader are several. The first is the modern child's almost complete lack of knowledge of geography. They don't know where Paris is, they don't know where France is, and they've kinda sorta heard of Europe, like, isn't that a country in South America?
(I am drawing from real life here, and yes, it is depressing).

The second is the lack of historical knowledge. Adults reading this book are cognizant - please, God, please! - of the fact that they are reading about post WWII Europe. Today's child - no.

The third difficulty is the different set of social sensibilities and social awareness between the mid-20th century and today. Reading in the context of the time is a learned skill, and no child possesses this skill. For a child to appreciate this story, an adult needs to lay a considerable amount of foundation. In my opinion, this story is worth the effort, and here is why.

The story is a family story, about a family sticking together, about a family redefining itself after the death of a father, and about a family that isn't defined by blood relations. We have no control over the family into which we were born, but we do have the ability to create the family we need and want. This is something a child needs to know, and this is why they should have this story.

Madame Calcet's actions by today's standards would be considered criminal, herself an unfit mother, and her children taken away. I don't know that it was so different then. Discussion point. Were her actions justified? What were her alternatives?

I don't know if kids today even know the words hobo or tramp. I see hobo, I think Emmet Kelly or the desperate men and boys that rode the rails during the Great Depression. Carlson's Armand is a contented hobo, living the life he choses to live. Today's kids are unlikely to view homelessness as a happy lifestyle choice. Gypsies are another unknown, and Carlson's sympathetic portrayal is still rife with references to dusky faces and beady eyes. Additional conversation will be necessary, but it's worth the effort.

I have never read anything by Natalie Savage Carlson before. My first impression after reading several chapters was that English was not her first language. The sentence structure at times, the cadence, seemed distinctly French. I was wrong, but not completely out of the ballpark.

Natalie Savage was born in 1906 in Kernstown, Virginia. Her mother, a gifted storyteller herself, was French-Canadian. Natalie's first published children's book, The Talking Cat and Other Stories of French Canada (1952), was based on her mother's tales.

Natalie had three older half-sisters and two sisters. The family moved to a farm, Shady Grove, along the Potomac River in Maryland when Natalie was very young.

At the age of four, she was sent to the Visitation Convent boarding school along with her older sisters. After three years, she returned home. Later, the family moved to Long Beach, California.

From 1927 to 1929, Savage worked as a writer for the Long Beach Morning Sun.  In 1929, she married Daniel Carlson, a naval officer, and the couple and their children lived in a number of locations: Hawaii, Mexico, Canada, & France. They also traveled extensively.

According to her biography on the de Grummond Collection website of the University of Southern Mississippi, Carlson, who wrote over thirty books for children starting in 1952, said that she writes about people of different races and nationalities because of her French-Canadian relatives who visited her family when she was young. She found the differences fascinating, and felt that by presenting different cultures to children through her books she was promoting understanding, sympathy, and tolerance.

Some of Carlson's other popular titles include the Happy Orpheline series and the Spooky the Cat series.

In 1966, Carlson was the U.S. nominee for the Hans Christian Andersen International Children's Book Award.  She died in 1997.

Garth Williams may be best known as the illustrator of E.B. White's Charlotte's Web and Stuart Little, and well as Laura Ingalls Wilder Little House books.

Garth was born in New York City in 1912, educated in England, and was a graduate of the Royal College of Art in London. In 1936, he won the British Prix de Rome for sculpture. 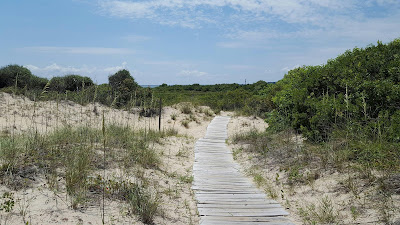 Question: Does anyone recognize a children's book, maybe circa 1960s, about two young brothers who left their family farm during the Dust Bowl to ride the rails? At some point, the younger brother was killed in an accident, but that's all that I remember.